Syndex has become a partner of the Global Deal initiative “Together for decent work and inclusive growth”, joining a number of key European and Global social partners like UNI Global Union, the ITUC (International Trade Union Confederation) as wells as international institutions like the International Labour Organization (ILO).

Social dialogue and high-quality industrial relations can help reduce possible inequalities arising from globalization, increase productivity, boost economic growth and contribute to sustainable development. The 2030 Agenda for Sustainable Development — adopted by the UN — includes a goal on promoting sustained, inclusive and sustainable economic growth, full and productive employment and decent work for all (SDG8). Of vital importance to achieving this goal, social dialogue covers all types of negotiation, consultation or exchange of information between or among representatives of governments, employers and workers on issues of common interest relating to economic and social policy.

Syndex will support a new and better understanding and dialogue between labour and capital, on the basis of the Global Deal concept. We will act to enhance social dialogue as a means to achieve decent work and steadily improve job quality, thus contributing to inclusive growth and shared prosperity.

Established 45 years ago, we are a cooperative company specialised in national and transnational information & consultation, industrial relations and social dialogue. We currently employ 450 consultants, all working on the economic and social aspects of companies. We provide help and assistance to employee representatives and European and global trade union federations. We also support European sectoral social partner social dialogue committees on a regular basis (civil aviation, food and drink industry, steel…) to anticipate future challenges and advise them on ways to promote the sustainable development of the industries and services concerned.

Our main aim — which we believe ties well with the Global Deal objectives — is to foster social dialogue and contribute to promoting a social Europe. We have offices in 6 European countries: France, Belgium, Romania, Poland, the UK and Spain. Our European & International office, located in Brussels, develops transnational support and expertise for workers representatives, social partners and European/ International Institutions.

Syndex, together with the European Transport Federation (ETF), have been granted for an EU Commission funding on information, consultation and participation of representatives of undertakings.

This collaboration aims to support the ETF develop its activities in favour of European Works Councils and workers participation in road, rail, maritime and civil aviation sectors.

The project is entitled “EWCs in transport: more and better participation of workers now!”.

Approximately 200 people will participate in this project and will be updated on EU legislation regarding information-consultation and will identify good practices to be shared with their counterparts.

The project added value and innovativeness will imply the creation of new European Works Councils and negotiation/signing of new agreements on the basis of the recast of Directive 2009/38/EC.

A training program framework will be drafted and circulated to all representatives joining a Special Negotiating Body (SNB) or a European Work Council (EWC) for the first time.

The project outcomes will be disseminated both by ETF and Syndex and a large conference with high-level EU Commission and trade union leaders will ensure a good visibility to the project.

Four themes structured the Congress and will lead the future actions: well-paid jobs with dignity and rights, safe working places with equality and diversity, progressive and democratic policies.

IUF commit to fight for climate justice for food, farm and hotel workers in the face of climate change that have a significant impact on the livelihoods of working people across all IUF sectors and in all countries.

Digitalisation of the economy and society is changing agriculture, food production and tourism through automation, robots and digital platforms. IUF and its member organisations concern is that these evolutions threaten the welfare of the workers as well as wages and standards.

Even though young workers represent today’s but mostly the future of labour movement, they are under-represented in trade unions across the world. This is the reason the Congress urge trade unions to firstly improve their image towards the youth and furthermore to take ownership of young workers issue with the aim of make them more inclusive.

Among its emergency resolutions, IUF expressed its solidarity and support to UK and Belgium McDonalds workers on their decision to take a strike action on September 4th for their demands for better wages, working conditions and access to the right to join an union.

The IUF World Congress took place in Geneva during August and gathered more than 500 participants which is so far, the most important and participatory congress they have ever held.

The French government sets out new ruling regarding the labour law. The impact on staff representatives is strong as a number of existing rules have been amended.

Formerly, companies staff representatives were divided in three groups: staff delegates, the Works Council (CE), the Health and Safety Committee (CHSCT). New ruling suppresses that structure to establish a single entity: The Social and Economic Committee (CSE) and as a consequence, the number of workers representatives will drop significantly. This body will now have the possibility to negotiate company agreements in some cases without trade union involvement. Company agreements can derogate in many cases to sectoral agreements. Usual delegation time have also been reviewed, passing from 20 hours to 16 hours per month and per CSE members.

A major change occurs in the expertise costs which were, until then, supported by the company: CSE will have to support 20% of the expertise fees. Which would probably lead the smaller one to be unable to afford technical expertise anymore, hence undermining workers’ participation rights in practice.

The rules also simplify the possibilities for employers to make workers redundant individually and collectively.

The European Pillar of social rights: a new step towards a fairer Europe

On 26th of April 2017, the European Commission presented its European Pillar of Social Rights proposal. The Pillar sets out 20 key principles to support “fair and well-functioning labour markets and welfare systems”.

The Pillar is presented under two legal forms: as a Commission Recommendation, effective since April 2017 and as a proposal for a joint proclamation by the Parliament, the Council and the Commission.

It is due to be adopted at The Social Summit, which will take place in Sweden on 17 November 2017.

A social scoreboard will monitor the implementation of the pillar by tracking trends and performances across EU countries and will feed into the European Semester of economic policy coordination.

Within the Pillar, the Commission proposes:

In parallel, Luca Visentini, ETUC General Secretary welcomed the announcement by President Juncker proposal for a European Labour Authority and wishes that trade unions will be fully involved in working up the proposal, and in being inspectors.

A number of the principles and rights included in the Pillar will require further legislative initiatives to become effective. The ETUC supports the proposed European Pillar of Social Rights but considers that the document is not embracing a number of workers issues. For instance ETUC wants a deeper revision of the Written Statement Directive (labour contracts and similar agreements) to cover all workers, including blue collar workers, and believes self-employed and ‘non-standard’ workers must have access to social protection. The ETUC is asking for real improvements including sanctions and not simple declaration of intents and policy coordination.

Finally, a ‘European Day of Action’ will take place on 16 November 2017 - the day before the European Social Summit.

Among the reasons ETUC believes workers need a pay rise is that it would boost the European economy: the increasing of the purchasing power would lead to growth, investments and jobs.

This topic is even more important as Europe is experiencing a working boom. The 2017 European commission edition of yearly Employment and Social Developments in Europe (ESDE) review shows that in the first quarter of the year, 234.2 million people were in employment in the EU. The employment rate has exceeded the pre-crisis level and is now the highest one ever recorded.

Regarding those records union trades consider that workers’ wallet should also get benefit from this growth.

ETUC campaign aims to highlight the many pay injustices that need to be undertaken through pay rises: gender pay gaps, unpaid and badly paid work of young people, too low minimum wages, and the pay gap between low wage countries and better wage countries within the EU.

Governments are called out as they would play a major role in the European pay rise by helping creating a more favorable environment for collective bargaining, supporting rise friendly policies, extending collective bargaining to more workers and ensuring minimum wages are not less than 60% of the average wage.

The Open Corporation project involves trade unions ranking MNCs (i.e Multi-National Corporations) with regard to transparency and accountability. Using a set of indicators related to a company’s degree of responsibility vis-à-vis its workforce, trade unions have now started benchmarking companies, with the aim of  making workers and their representatives aware of corporate activities and decisions and putting pressure on corporate images and reputations. 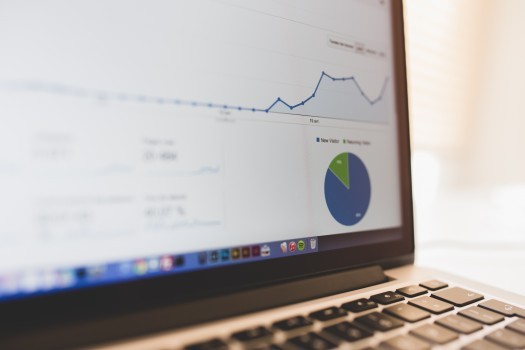 The indicators used relate to social dialogue, working conditions, CSR, diversity, policies for persons with disabilities, environmental policies and financial transparency. Each topic has a similar weight in the final calculation of a company’s ranking, except for social dialogue which counts almost double. The result is the Transparency Index.

An initiative of Filcams-CGIL, the Italian Commerce, Tourism, Services Workers’ Federation, the Open Corporation project is partnered by European trade union federations such as UNI Europa and EFFAT, and by national federations from France, Bulgaria and Italy. It is supported by the ETUC.

Complementing the project, the ETUC has also issued a CSR toolkit aimed at promoting the better use of norms

The rise of the far right in Europe, the growing number of attacks on trade unions, and the political changes - such as Brexit - sweeping Europe were important topics addressed during the 5th Congress of the ETF that took place in Barcelona on 24th-26th of May. Syndex took part in it among 600 transport union representatives from all across Europe. 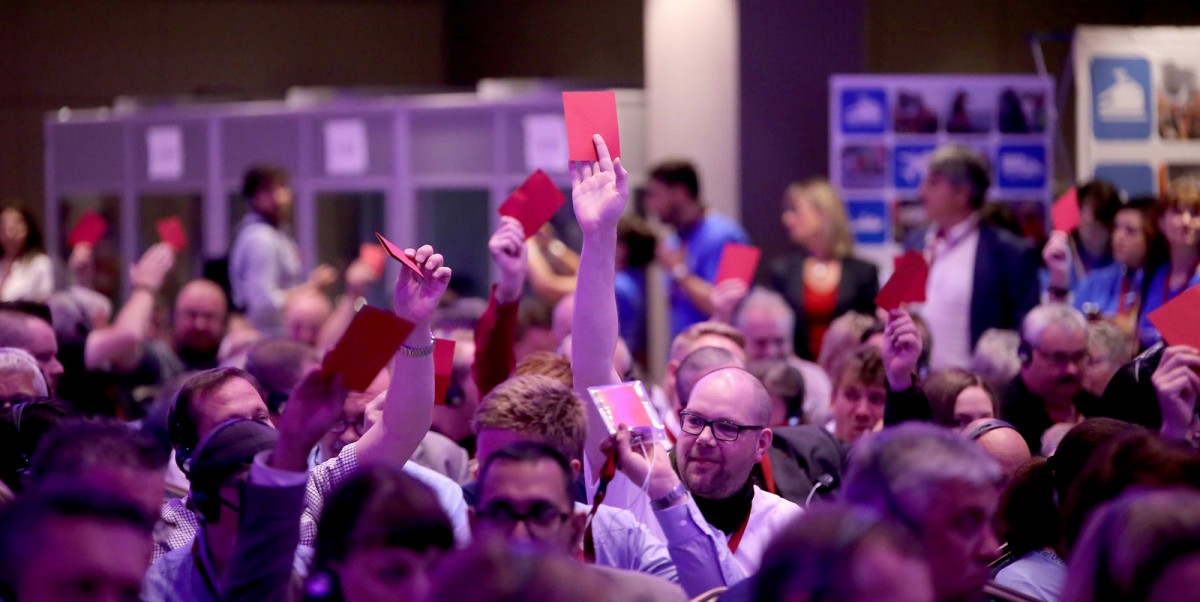 General Secretary Eduardo Chagas stressed that the ETF, as the “last line of defence for working people in Europe”, was committed to improving its campaigning capacity.

Fair transport, the elimination of social dumping practices and the improvement of working and living conditions in the sector are at the core of the ETF’s priority work.
Within this context, the ETF denounces the European Commission’s proposals for amending the mobility package and more specifically for revising the driving and rest time rules (Regulation (EC) No 561/2006) and the ‘Smart’ tachograph regulation (Regulation (EU) 165/2014).
In the view of the ETF, the proposals will have a major negative impact on road/passenger safety, as well as on drivers’ pay, working and living conditions.

The ETF is also spotlighting the European Commission’s recommendations set forth in the Connected Aviation Package (“Open and Connected Europe”). It opposes those measures affecting the right to strike, considering these as an attack on air traffic controllers’ fundamental rights guaranteed by Article 153 of the Treaty on the Functioning of the European Union.

The ground-handling sector is also in the spotlight: together with several employer organizations, the ETF sees itself faced by a revision of Regulation 216/2008 that would give complete freedom to airlines to impose their procedures and instructions on ground-handlers at the expenses of harmonizing better practices in the sector. In cooperation with several European civil aviation social partners, Syndex and its counterpart STC will publish a legal study on competition, labour and training rights at EU airports in the second half of 2017.

Congress is the ETF’s main governing body where affiliates decide on the organisation‘s political approaches and strategies for the next mandate and elect the ETF  leadership.

Frank Moreels, chairman of the Belgian union BTB ABVV, was elected as the ETF’s new President.

Who we areSee what we do